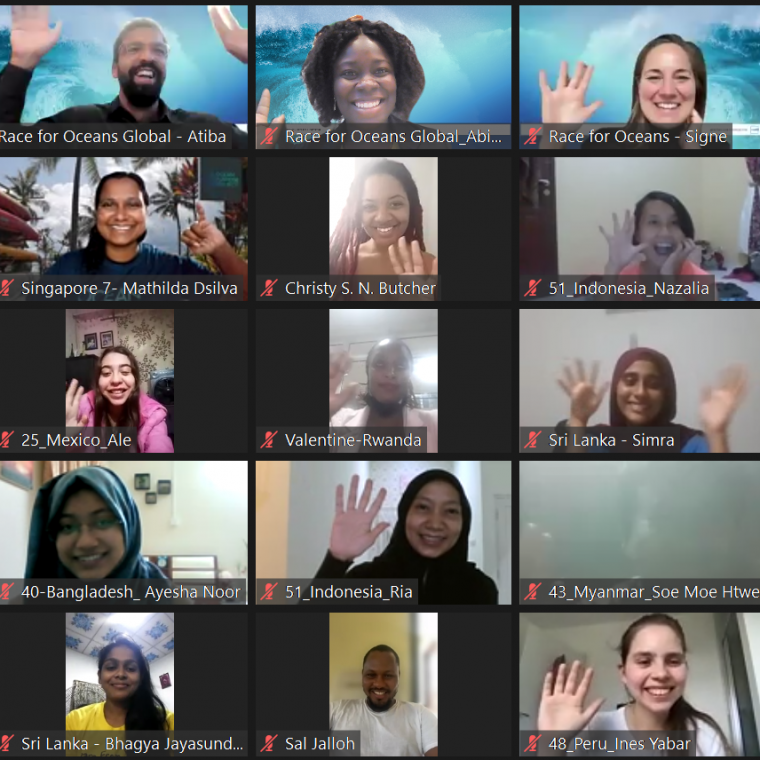 Race for Oceans has gone global!

The Race for Oceans Initiative pioneered in Løkken, Denmark by Signe Simonsen, an accomplished athlete with passion for the ocean and life under water. In 2019, the first Race for Oceans relay 10-day event took place along the coasts of Denmark. The initiative has since blossomed into the Race for Oceans Foundation, a not-for-profit organization focused on action for SDG14: Life below water.

In August 2021, Race for Oceans in collaboration with UNLEASH, and with support from the Bestseller Foundation, BMW, Sol & Strand Denmark, Elvstrøm Sails and X-yachts, launched a call for applications from passionate individuals all over the world committed to taking action to tackle the growing plastic pollution problem in oceans and other water bodies.

With over 250 applications featuring inspiring ideas for local Race for Oceans events, 50 teams representing 40+ countries across 6 continents were selected to organize and execute events in their respective countries!

Organizing teams – Race for Oceans Champions – have participated in a four-part series of virtual workshops to learn how to develop their events by utilizing tools, resources, and support provided by the programme. From problem framing and event definition, to creating meaningful partnerships and methodology for implementing safe events in the current global health context, Champions acquired knowledge on the essentials for planning and executing events within the SDG framework. “Being the only Champion in my country, the Race for Oceans workshops were invaluable to enhancing my experience through hearing from inspiring people, which really emphasized the fact that it’s a global cause making a large impact,” said Shelley Addison-Bell, Race for Oceans Champion, New Zealand. 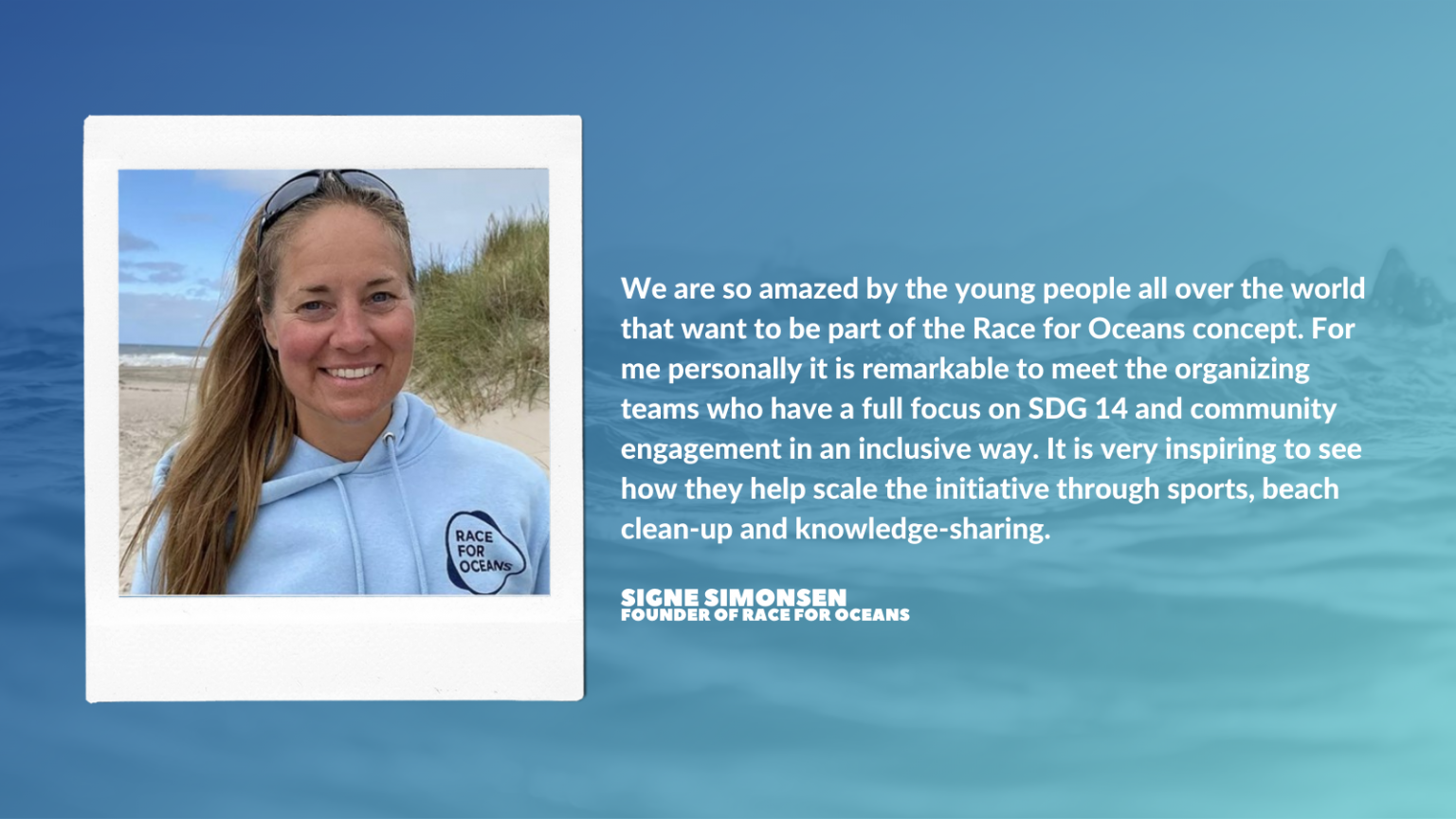 Some Champions have expressed excitement and appreciation for the opportunity to be part of this pilot scaling of the concept of Race for Oceans:

“It was an honour for our team at Sea Going Green to be selected as a champion to organize a Race for Oceans clean-up. Through the sessions led by UNLEASH, our team was able to understand the necessary steps that need to be taken to build meaningful partnerships and communicate about our events. We are excited to take what we’ve learned and apply it to our future events and clean-ups around the world!” – Race for Oceans Champions, The Netherlands

Sierra Leone and Spain, the first two countries to launch their Race for Oceans events

Now, after a month of workshops, Race for Oceans Champions have been equipped with knowledge and tools to execute impactful fun-filled activities! Over the course of coming weeks, right through to the end of November, Champions all over the world will be executing local events as part of Race for Oceans Global! Indeed, the events have kicked off beautifully during the weekend of October 16th & 17th and on October 23rd, with 4 events in Sierra Leonne, Lanzarote (Spain), the Dominican Republic, and Nigeria. 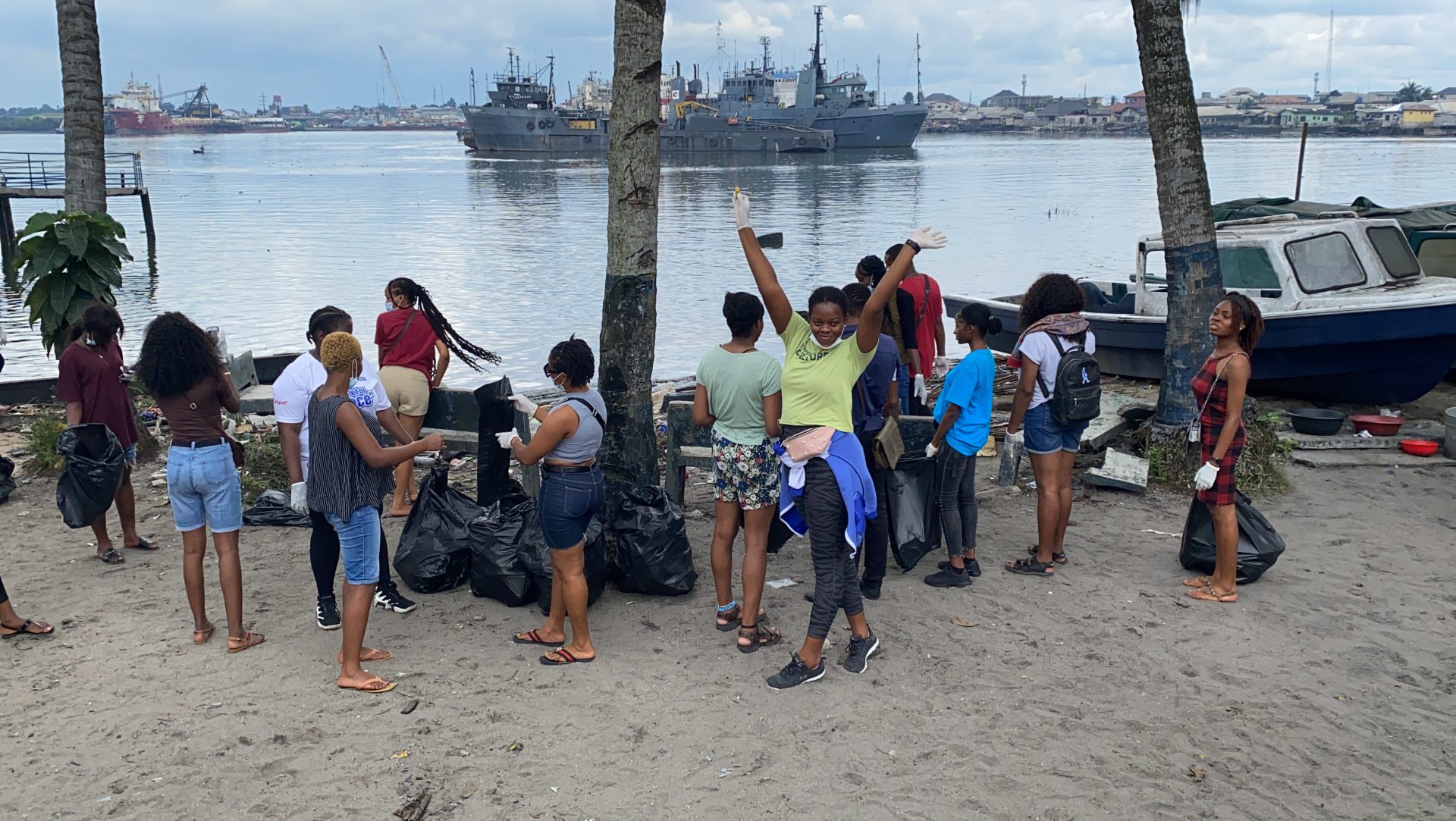 Sal, Champion team lead for the Sierra Leonne team, shared how his team was able to mobilize over 150 participants for their event:

“We were able to get the media on board to inform the public about the event. We also involved various Embassies, Government Institutions and other local non-governmental organizations that showed interest.” In Lanzarote, participants not only joined the rally, but they also enjoyed a morning yoga exercise, followed by an educational session about the ocean and its habitants. “I was very excited when I read the opportunity to be a Race for Oceans Champion since I wanted to organize such an event since the beginning of the year, but I did not have the strength since I was missing the financial power. It was amazing to organize the event, Race for Oceans help me not only financially but also in topics of project management and organization. The event was a great success, and I am happy to be part of the community.” said Nathalie Aue, Race for Oceans Champion, about the event she lead in Lanzarote (Spain). 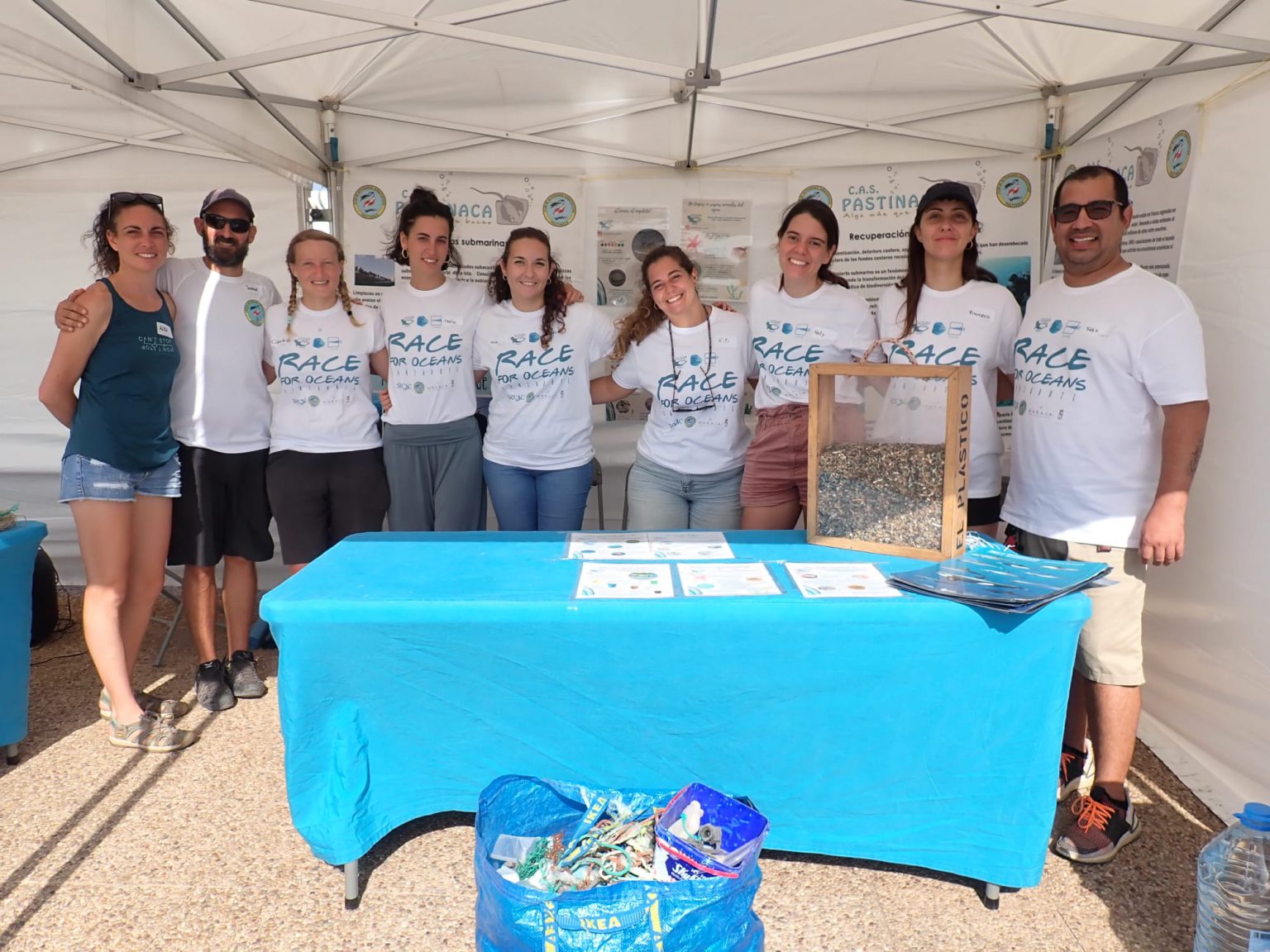 Check the races happening near you!

During the month of November, several races will take place around the globe. Keep an eye on Race for Oceans‘ website, where you will find the events organized.