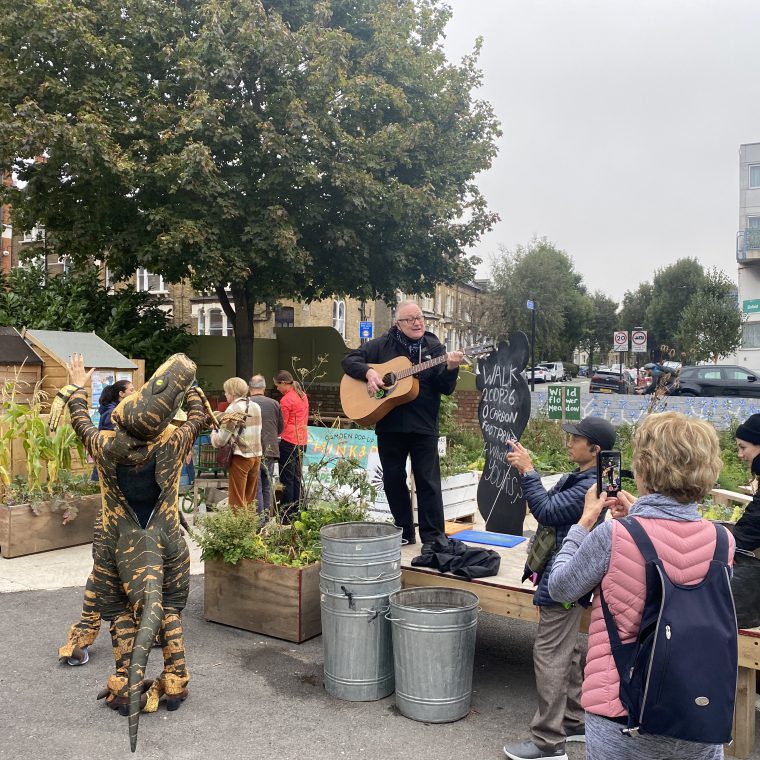 Setting out from Camden

Being a lead facilitator for UNLEASH in the inaugural 2017 week in Denmark, and subsequently in Singapore and then Shenzhen ranks amongst my most treasured career experiences. I loved the energy of all involved, the purpose-led mission we were on, the diversity of backgrounds and thinking. I also intrinsically knew that whatever the impact of any solutions we may have helped catalyse, it would be secondary to the impact of the connections we all formed and the influence it would have on our future choices and activities.

I set up a walk from London to COP26 in pursuit of a similar type of experience. Planning began in March this year and we finally hit the road on the 07th October. The basics remained steady throughout: a small group walking the 500+ miles from London to Glasgow covering 20 miles a day seeking to engage government, business, civil society, students and citizens both individually and together on climate action. We planned engagement via townhall sessions, visits to specific projects, schools, conversations with those we met, and plenty of social media and press.

We’re now the other side of the walk and of COP26. Unlike COP, the walk was pretty much all that I hoped for. The core team of 6 put a huge amount of effort in both before and during the walk to make this a success despite having day jobs. Being part of this small team was fulfilling in itself, but this was multiplied by the development of a deep and broad network of individuals and organisations who helped us stage events and reach out to people in specific locations.

Moffat in Scotland was one such example: we relied on Leys from the Moffat and District Community Council and Hannah from MyEcoMoffat to help us organise a school visit, a town hall discussion and then a walk out of town the following day. Great interactions and engagement, brilliant, lasting memories and relationships formed. 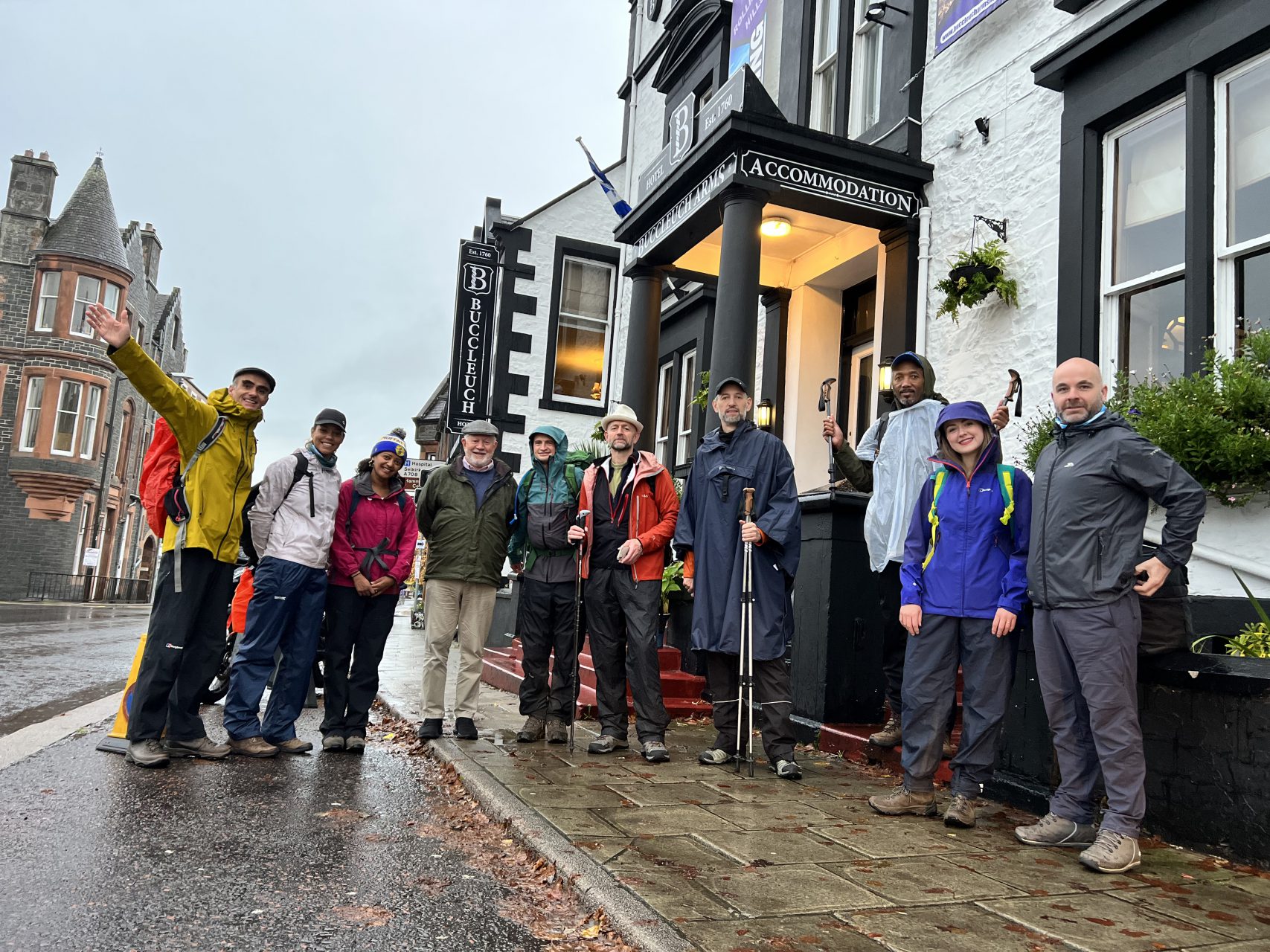 The walk was punishing at times, particularly when blisters or shin splits struck, or the rain was relentless, but the positives were huge and included the simple pleasure of putting one foot in front of the other, the sense of progress, the conversations on the way, and the beauty and wonder of England and Scotland. In total 2 of the team walked every step of the 507 miles across 26 days, 4 were on the journey from beginning to end, 17 walked a full day or more, 200+ walked with us in solidarity from their own locations on the 31/10.

Planning our engagement was an ongoing sink of time and generator of stress, but again far outweighed by the positives of our own development and learning, the joy of bringing people together, and the visible impact the events and interactions had on people. By the end of the walk we had held: 6 town hall events with 60+ participants each, 8+ project visits, 3 school sessions and countless conversations on the way. Schools were a highlight: knowledge, curiosity and challenge all very much in evidence. My favourite event was probably our last which brought together as many other journeys to Glasgow as we could find: we had 15 on stage telling their own stories. 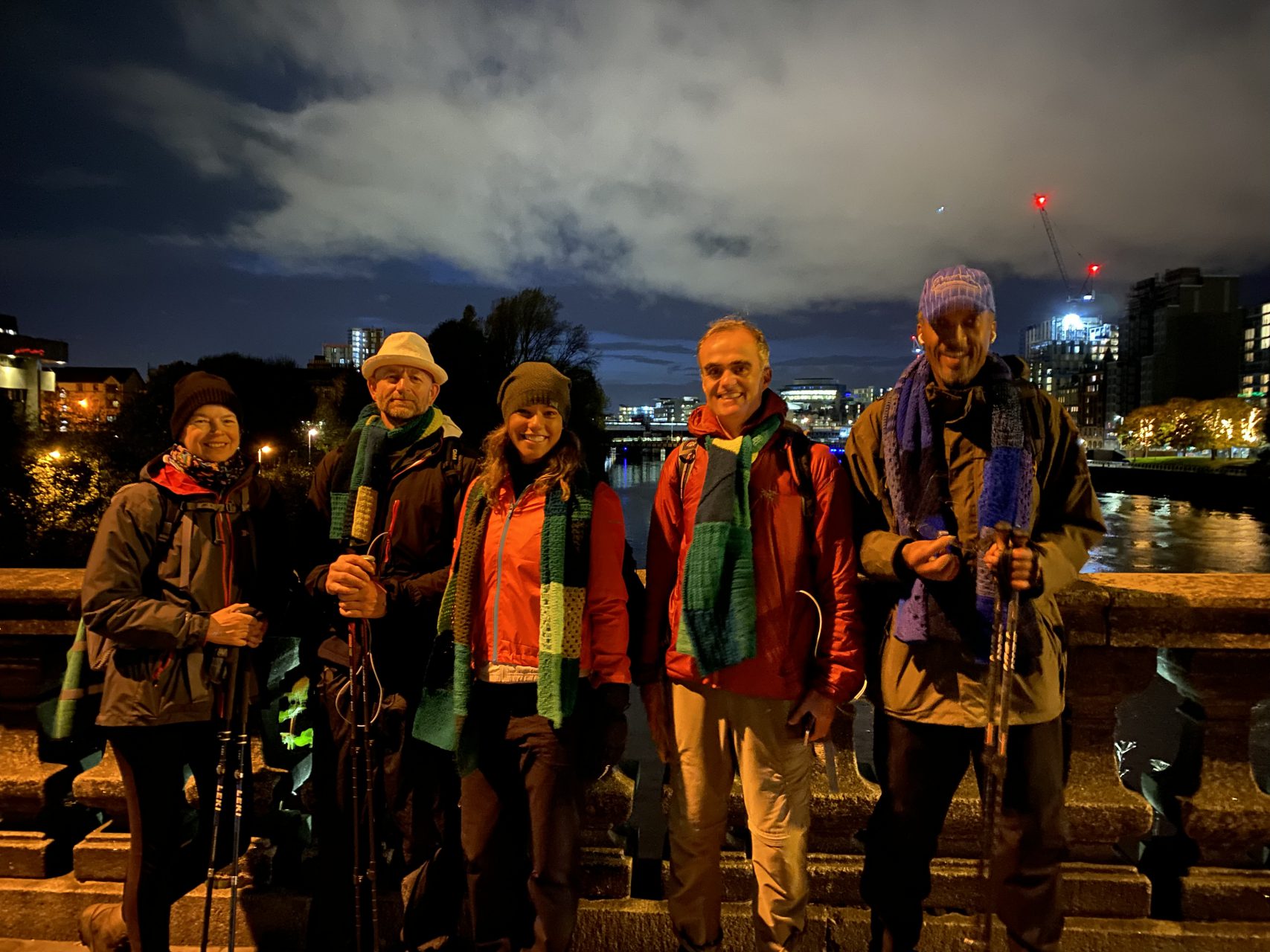 We set out to contribute to the 4th COP goal of working together across government, business and civil society. We have come away knowing this is critical to success, but also knowing this muscle is under-developed in most organisations and settings. We have also heard and noted that an effective battle against climate change will require moving this into the centre of what we do and how we live – both in and outside of the home, and for us all to speak out. The latter is central to keeping ourselves and others informed, and critically for signalling to government that we need change now.

Next stop: COP27 in Egypt

It’s difficult to quantify any impact from the walk, but I believe in the butterfly effect and even without that know the enhanced focus and determination it’s instilled in me to help address climate change. What’s next? For me the path forward is still being shaped, but I see that COP27 is in Egypt. If anyone wants to start discussing some ideas in that direction mail me at [email protected]