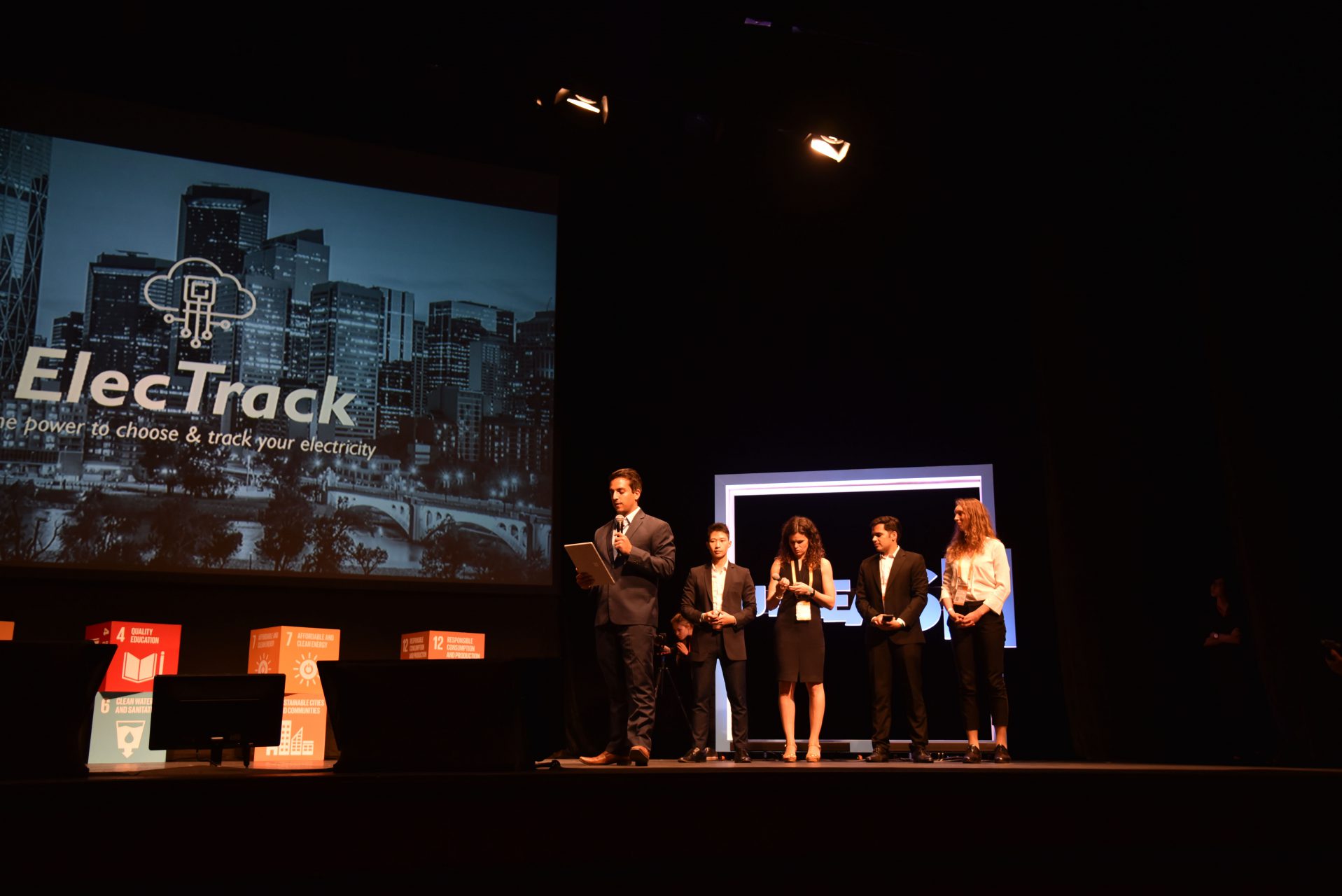 ElecTrack won gold for their solution to track electricity from generation to consumption.

Current Energy Certification of Origin system does not provide transparency to customer where and how their electricity is being produced. Thus, the investment in renewable energy may not have the intended impact on the final generation mix.

ElecTrack changes this by using end to end blockchain to enable tracking of electricity from the point of generation to the point of consumption without any humans in the loop and allow retailers to provide trusted and customized electricity plans.

By placing the hardware directly at the point of generation, ElecTrack ensures that the system will be devoid of fraudulent certificates. The virtual tag contains detailed information about the production site, type, and energy produced. This will allow retailers and utilities on our virtual marketplace to provide trusted and customized electricity plans for their customers.
ElecTrack will generate value for renewable electricity retailers (customers) on the marketplace by allowing them to provide trusted and customized electricity plans for people (users) who are interested in investing in more sustainable energy but are not currently able to because of limitations of existing GOs where source and location are not well tracked in addition to its susceptibility to fraud.

The team won silver for a solution, which would create energy awareness to cut down energy consumption.

With an aim to engage school children (13-16 years age) of Singapore in energy awareness, the solution is implement a school curricula-based educational program on energy consumption and management. This scheme will comprise of a novel way to blend education with entertainment in a way that attracts children (13-16 years age). Under the proposed program, they target to employ LEGO-based demonstrations for children that help increase awareness about energy consumption and management among children. Another idea to create awareness with entertainment is to employ a mobile application-based quiz game. The application can be directly sold to private schools as well as stakeholders in Government schools. The idea is to make such a fun game a part of the school curriculum. School teachers can monitor the scores obtained by the students. We term it as ‘edutainment’. Our users range from stakeholders of private schools and ministries controlling government institutions.

Using Lagos, Nigeria as a case study, the project attempts to solve major environmental and health problems resulting from large quantities of untreated and illegal dumpsites in the state in a commercially viable, revenue generating model. Using scalable business models and innovative technology, Prometheus will positively change the behavior of the citizens to properly dispose waste as well as produce high value by-products from the 5 Million tons of municipal waste generated in the state per year.

The theme is sponsored by: