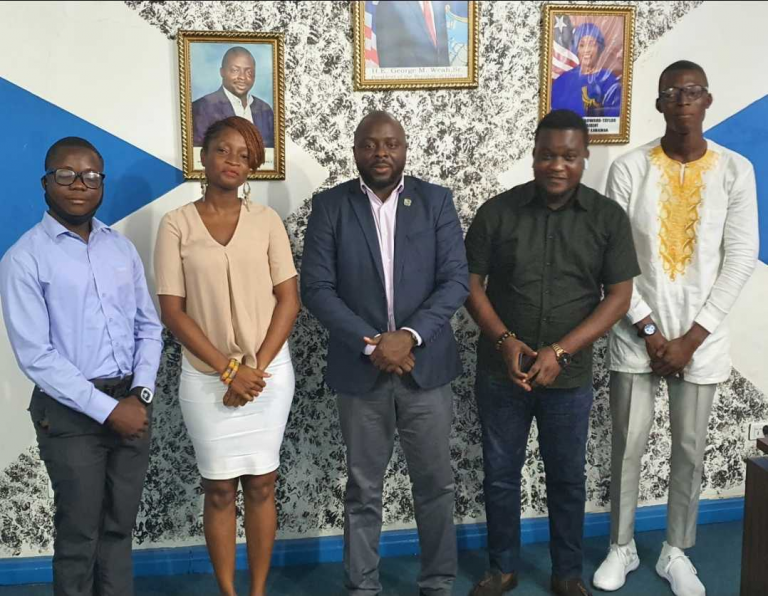 The Government of Liberia through its lead agency on WASH, the National Water Sanitation and Hygiene Commission (NWASHC) invited the Liberian organizing team to introduce to them the Winning Team of the UNLEASH Hacks Liberia 2020. The Commission promised to work with the Team in helping to scale up their innovation as well as support them in making introductions to partners like UNICEF, WaterAid, and other Government agencies.

The Government also expressed interest in working with UNLEASH in the future to organize bigger events around helping to improve access to water and sustainable sanitation in Liberia.

The NWASHC CEO Hon. Bobby Whitfield’s wrote on his Facebook message to the team saying, “Today, at the National WASH Commission, we officially welcomed and Congratulated members of the Winning Team of the UNLEASH Hacks Liberia 2020. […] We look forward to working with their innovation and helping to solve some of the open defecation challenges in Liberia. Special thanks and appreciation to UNDP Liberia for the support and the UNLEASH Secretariat in Denmark for supporting the Liberians organizing Team. The Government of Liberia through National Water Sanitation and Hygiene Commission would like to call on all our sector partners to engage these young Liberian talents on the innovation to ending open defecation.”

The Government of Liberia through the WASH Commission has also asked that the team share with them their prototype which could possibly be used to initiate its current project in one of the communities where the Government is trying to end open defecation and fecal pollution of the water.

The winning solution is called Duo-Pits is an innovative toilet design made with the use of baked bricks, and other locally made materials to create a two-pit latrine that has a bio-digester component. This mechanism helps to reduce and prevent groundwater contamination especially in places where open defecation is prevalent.

One of the members of the organizing team, Samuel James Kpartor, had this to say about his experience with the Hack: ”Organizing the UNLEASH Hacks Liberia 2020 has been nothing less than a life-changing experience. It all seemed so easy 5 months away, but as the time got closer, it became more and more hectic and exciting. We had a great Organizing Team spread across two continents and three countries. The coordination was amazing, and the support from UNLEASH was just more than sufficient to make our job easier. We had a great team of UNLEASH Facilitators and the experts were topnotch in their support and delivery. I have organized events and activities in the past, but the Hack was just a totally new adventure for me. I will love to appreciate UNLEASH for this opportunity and we are making some good strides even after the Hack.“

Learn more about our Hacks at www.unleash.org/hacks